What Will It Take to Improve Learning for All in Ethiopia? Highlights from the RISE Public Research Event in Addis Ababa.

To capitalize on this opportunity, RISE also held a public research event: ‘Education Systems Research in Ethiopia and Beyond’ on 28 January 2020. Our aim was to engage the Ethiopian public as well as regional and international stakeholders on findings from RISE’s education systems research. Here are our top takeaways from the event.

The scale of the challenge: from enrollment to quality

Ethiopian State Education Minister H.E. Ms Tsion Teklu Maru is no stranger to the challenge of improving learning in schools nor to the difficulty of balancing education priorities in a country with diverse needs.

In Ethiopia, 25 percent of the government budget is now allocated to education as part of a major push for education improvement, and whilst reforms have resulted in rapid increases in enrollment over the past 20 years (gross enrollment went from 30 percent in 1996 to 109 percent in 2016)1, this major achievement has not come without a price. Notwithstanding the remarkable results seen on school enrollment, progress has yet to translate into improved learning outcomes and the challenge of student learning has been recognized by the Ethiopian government as the “learning crisis”. During a television interview, Minister Tsion shared that the government has done a lot for the past several years to promote access to education, going on to suggest that many schools have been built and enrollment has increased; however, at the same time, the Ministry recognized that quality might have been compromised in efforts to promote access. Minister Tsion highlighted that the government’s main priority now is promoting quality of education.

There is strong political will to improve learning for children in Ethiopia. Yet stakeholders—  government, schools, and academia—recognize that there is still a way to go to deliver quality learning for all. Knowing the direction you want to go doesn’t necessarily make the course any easier to chart.

Since 2008, the Ethiopian government has launched different iterations of a quality-targeted reform process called the General Education Quality Improvement Programme (GEQIP)—the latest with an explicit focus on equity (GEQIP-E). As the program got underway, it became evident that evaluating the effectiveness of these reforms required a systematic analysis, including the perspective of stakeholders on how these reforms are being received, interpreted, and implemented. This analysis continues to be the focus of the RISE Ethiopia Team’s research.

Understanding what stakeholders know and think about reforms is essential

In Ethiopia, a key consideration is not just assessing the impact of reforms in isolation, but understanding their effects as part of a whole system, which means investigating how such reforms are being interpreted and reformulated by stakeholders in the process.

At the event, International Research Team Lead Pauline Rose presented the RISE Ethiopia team’s analysis of the alignment of different stakeholder priorities for the GEQIP-E reform. The findings show that while stakeholders’ priorities generally converged, information about the reforms was not always shared effectively with all stakeholders in the process, especially local actors at the woreda (district) and school level. Rose also highlighted the need to address inter sectional barriers to learning, including gender, geographical distance, and poverty.

Some of these barriers were also touched on in Principal Investigator Tassew Woldehanna’s presentation of new quantitative data from the team’s research, which unearthed variation in learning across region and gender, with girls in rural areas still at the greatest disadvantage. In addition, high dropout rates and student absenteeism were still prevalent, especially in the early grades. Addis Ababa University Team Lead Belay Hagos added that there was observable incoherence with regard to delegation, financing, information, and the motivation of personnel, including teachers. He suggested there was a critical need for front line stakeholders to have data on student learning outcomes so that they can respond to learning gaps. The data would also enable parents and communities to hold schools accountable for learning.

Minister Tsion is herself a proponent of a systems approach, emphasizing that ‘if you see problems systematically, you can solve them’. During the event, she expressed her support of RISE’s research in Ethiopia and spoke of its value as an ongoing research project studying reforms as they are being implemented. As a result, the ministry has arranged a permanent desk for RISE next to the office of the minister to facilitate direct exchange between researchers and policymakers. The minister noted that this dynamic approach means that findings are contributing to reform efforts and informing policy decisions:

‘the findings […] are useful to help us understand the challenges facing [the Ethiopian] general education system, and how we may collaborate with various stakeholders in our effort to promote quality of education.’

There is a lot to learn from Ethiopia’s unique context. But research from other CRTs also shows that Ethiopia is not alone in its educational challenges. Analysing education at the system level is critical. The systems lens helps specify relevant stakeholders, identify their priorities and relationships, and reveal the incoherences and gaps in policy. As the Ethiopia team’s collaboration with government shows, this approach can be leveraged to make a meaningful contribution to reform efforts and advance the learning agenda.

1 Note that gross enrollment can surpass the population of the age group whose level of education it corresponds with—leading to ratios greater than 100 percent. This is because gross enrollment figures include students of all ages, including grade repetition. 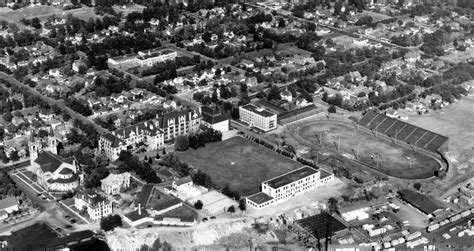